One of the most important industries is spice and herb trading, the industry has become progressively more concentrated. Today, Agronomist Trading co. started to contribute in this industry to provide all kinds of spices and natural herbs, at the best prices and the highest quality, by providing each type of these products from their original sources.

Spice seeds or spices are small aromatic fruits and oil-laden seeds produced from herbal plants.
Spices form a group of herbs and spices extracted from the varieties of plant varieties; they possess strong scents, and the spices usually include: leaves, roots, seeds, flowers, and any other ingredients produced by plants, used in the manufacture of different types of food. And because during our working period during these years we try to provide the best product. Because our customers are always confident with our products. We offer you a complete package of the finest Spices and Herbs.

Spices and condiments are used as  additives to add smell and taste to foods. Spices and spices are of little nutritional value, but they stimulate appetite and enhance flavors. Usually, these dried spices are used in food, and they can be used fresh or dried. 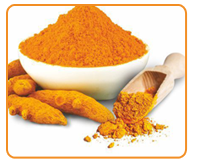 Turmeric: Turmeric is one of the types close to ginger, which is one of the basic ingredients of curry powder, and it can be used in many foods, such as vegetables, fish, rice, and chicken soup. Turmeric is a good source of curcumin and is an anti-oxidant that reduces inflammation, in addition to that It helps relieve pain and reduce the incidence of heart attacks and Alzheimer's. 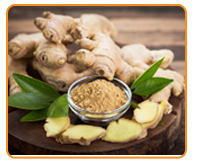 Ginger: Ginger root or ginger powder is used as a kind of spice, which is added to many foods. It can be added to vegetables, noodles, or meat, and helps calm gastrointestinal disorders, and relieves nausea. Cinnamon: It is a type of spice that is used by many peoples, and it differs from the ordinary cinnamon, where it is considered an evergreen tree that grows in Burma, and cassia trees are cut in order to get the bark, to be dried, and the bark reaches the market in the form of reddish brown feathers Color and can be used in sauces.

Nutmeg: Nutmeg can be used as a kind of spice and seasoning by adding it to cooked fruits, pies, sweet potatoes, and toast. 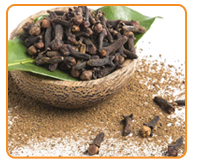 Cloves: It is also a spice known as the nail, and it is considered one of the special spices that have the ability to fight oxidation, which encourages its use in the manufacture of many types of food.

Coriander: It is a type of herb used to add flavors to several types of foods, such as: sweets, pastries and other types of food. 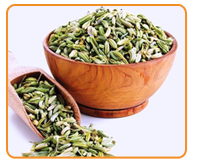 Fennel: It is an aromatic spice and is considered one of the herbal plants. It is cultivated in Britain and America, and most of its sections are considered aromatic and used to add flavor to food. 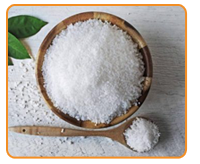 Salt: Salt is the largest food source of sodium, and some types of salt contain calcium, potassium, iron, and zinc. It also helps to moisturize the body, prevent low blood pressure, and help balance fluid in the body. 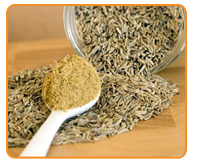 Cumin: Cumin is a good source of iron, manganese, calcium, magnesium and phosphorous. Cumin contains antiseptic and antioxidant properties that make it a fighter for cold and flu diseases, promoting the health of the digestive system. Long naturalized in North Africa, it is now grown from Morocco to Egypt and Syria to Spain. The Egyptian cumin is considered one of the best types of cumin in the world. Because it is cultivated in the desert lands in a natural and safe way in Upper Egypt, such as: Minya, Assiut and other cities, and the time to grow cumin is October and November and is exported throughout the year to many countries such as Morocco - Libya - Tunisia - Kuwait - America - United Arab Emirates. 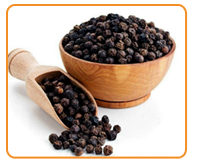 Black and white pepper: Black and white pepper have many commonalities, but they may differ in uses. That is, the pungent taste may be the same, especially if you memorized them correctly, but the uses differ in times; white pepper is more ideal for foods with a white sauce, and those that do not want to disturb their color, unlike the black pepper that appears to be visible, especially When its grinding is not heavy, it is ideal for meat and dishes that need a strong pungent touch to you, and you can content itself with it without the rest of the spices, while white pepper is ideal for mixing béchamel for example.

Therefore, and through us, we offer you this product with a suitable package of the best prices and are fully prepared to supply this product at any timeProducts We are responsible for every stage of production.